Addo Elephant National Park has expanded to conserve a wide range of biodiversity, landscapes, fauna and flora. Unique and different from the Kruger Park, you will be able to explore this park from your own car, by bicycle or even by horse.

The third largest national park in South Africa, Addo Elephant Park has expanded to conserve a wide diversity of biodiversity, landscapes, fauna and flora. Stretching from the semi-arid karoo area in the north around Darlington Dam, over the rugged Zuurberg Mountains, through the Sundays River valley and south to the coast between Sundays River mouth and Bushman’s river mouth, Addo covers about 180 000 hectares (444 700 acres) and includes the Bird and St Croix Island groups.

With the land based, traditional members of ther Big 5 in the Addo Elephant National Park, the over 700 free roaming African Elephant, Black Rhino, Lion, Leopard and Cape Buffalo, together with the Great Whales and Sharks as well as Dolphins, African Penguins and many other sea creatures that the concept of viewing the Big 7 has gained popularity in the Eastern Cape and specifically around the city of Port Elizabeth in South Africa.

This park offers some of the most spectacular elephant viewing in the world. Antelope species abundant in the main game area of the park include red hartebeest, eland, kudu, bushbuck, gemsbok, black wildebeest, springbok...

Burchell’s zebra, Cape mountain zebra, spotted hyenas, mountain reedbuck, baboons, blue duiker, aardwolf and red rock rabbit are some of the many other game species found in the Park. 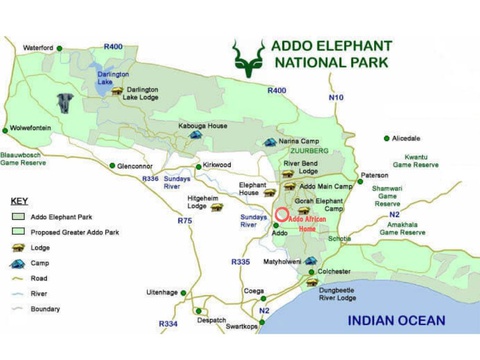 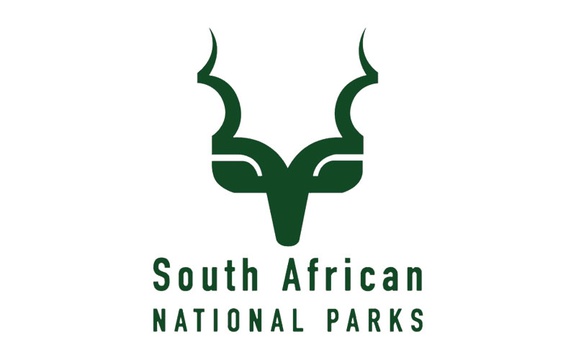 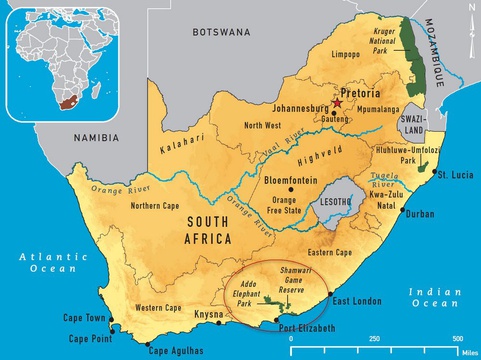